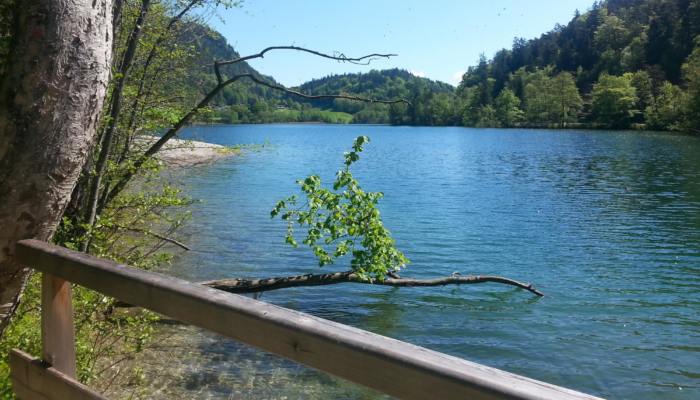 Not only in Inzell itself but also around Inzell there are plenty of lakes and water attractions to be explored. The lake Chiemsee, also called the Bavarian sea, with the world famous castle Herrenchiemsee and the pleasant isle Fraueninsel. The lake Königsee meanders along steep mountain sides like a fjord. E-boats take you to the pilgrimage church St. Bartholomä. A stop at the Echowand (echo wall) is mandatory. The Drei-Seen-Gebiet also called “Little Canada” is a place nearby Rohpolding where the three lakes Lödensee, Mittersee and Weitsee are embedded in a completely undeveloped natural area. The lake Waginger See is one of the warmest lakes of upper Bavaria. The lake Thumsee nearby Bad Reichenhall is one of the most favorite swimming lakes. The waterfall Staubfall nearby Ruhpolding lies on the frontier between Germany and Austria, you can walk behind the roaring waters. In the gorge Aschauer Klamm nearby Oberjettenberg you pass through the rocks. At the waterfalls Weißbachfälle the water falls 12 meters.
Inzeller Touristik GmbH  |  Urlaub in Inzell  |  Impressum  |  Datenschutz